The section “A 16-Bay UHF Antenna” is required reading before this section.  All of the principles described there apply here. 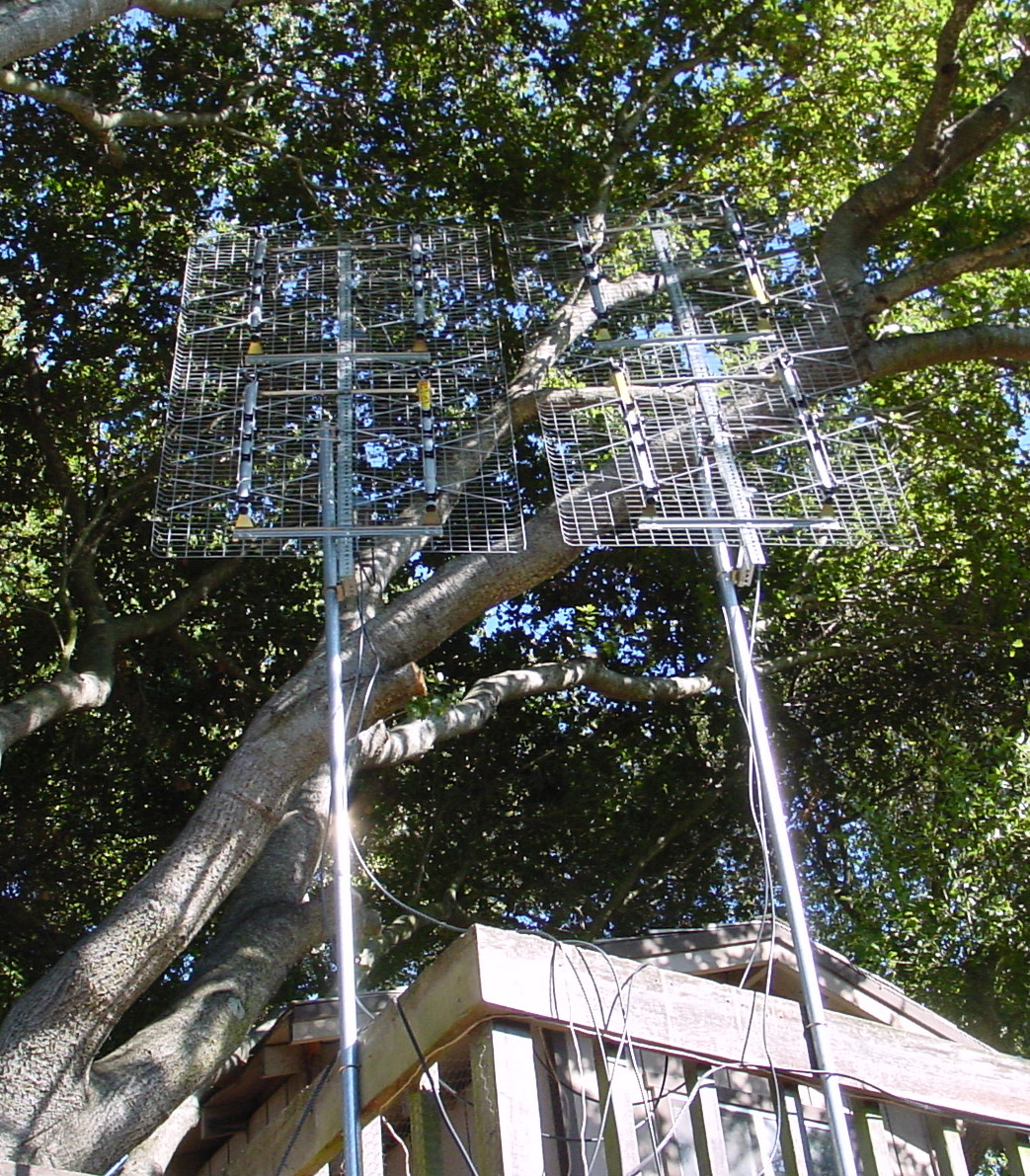 The author’s antenna was constructed with a common 4-way splitter as the combiner.  The first version of the antenna had a shared amplifier.  The second version had four Channel Master 7777 amplifiers that could be powered individually from the author’s living room.  This made it clear how much each unit was contributing to the signal strength.

In a neighborhood with hot and cold spots, it is generally not possible to find a spot that is hot for all stations.  The author constructed this antenna in the hopes that its gain would overcome the disadvantage of not being in a hot spot.  In that respect the antenna was a complete failure.  Neither the signal strength nor the signal/noise ratio showed much improvement over a single 4228.  The author eventually determined that the antenna was working properly, and would have been a great antenna in most neighborhoods.  But when the field strength varies over the face of the antenna, the antenna will scatter (retransmit) most of the improvement that ganging promises.

At 8 lb., the 4228 is a heavy antenna.  The total weight of the four antennas, mast, mounting irons, etc. will exceed 50 lb., a weight that is magnified by being at the end of a pole.  Putting it on a sloped-roof building probably requires a crane.  Most likely, severe weather will eventually destroy whatever it is attached to.  Repairing a brick chimney is expensive.  For roof mounting, it is probably wiser to gang four lightweight Yagi/Corner-Reflectors such as the AntennasDirect.com XG91.  You would be giving up the low channels, but you would be more likely to live to enjoy the others.

Channel Master used to make the 4251, a reflector antenna with a 7-foot parabolic dish.  The last one was manufactured in 2000.  That is probably the only antenna that will rival the 32-Bay.

The author eventually broke up the 32-bay into two one-over-the-other 16-bays.  Both outperformed an 8-bay, and spots were found for them where all the local channels could be received.